We mourn the loss of Günter Bals

The founder and, for many years, managing director of the company Bals Elektrotechnik died aged 92 on 18 August 2020.

Günter Bals was an entrepreneur to the core. With a pioneering spirit and foresight, he identified commercial opportunities earlier than others and, with a great deal of personal dedication, turned them into a success. Günter Bals founded a forwarding company just a few years after the end of the war in 1949, which developed quickly and successfully.

Not even a decade later followed the next bold decision: the late entrepreneur founded Bals Elektrotechnik GmbH in 1957 which, from the very beginning, concentrated on the production of industrial plugs and sockets. Within a short period of time, our company made a name for itself nationally and internationally for the highest quality "made in Germany". The successive expansion of the headquarters in Kirchhundem-Albaum (North-Rhine-Westphalia) reflects the company's successful development. 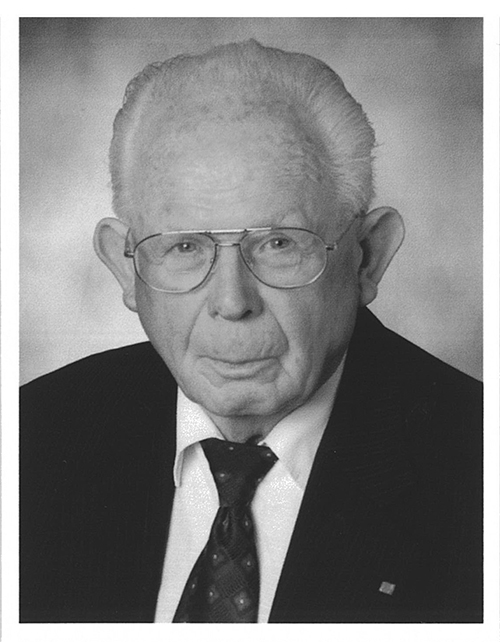 The fall of the Berlin Wall marked the next milestone: Günter Bals made the decision to invest in a new, state-of-the-art production plant, including logistics centre, in Freiwalde (Brandenburg). He dedicated the majority of the final stage of his active professional life to the successful development of this location. In 1999, Günter Bals retired from day-to-day business activities, but obviously remained very much tied to our company: passionately, constantly and as a mentor.

"Consumed with heavy grief, we salute this impressive life's work. The values with which Günter Bals built up the company and led it over many decades will also influence us in the years to come", states the company management. The Chairman of the Works Council, Carsten Wick, says: "Günter Bals was an entrepreneur with a keen sense of social responsibility. He always had time for his employees, their wishes, questions and also needs. We will honour his memory".

In addition to all his business responsibilities, Günter Bals was also deeply involved in social commitments throughout his life. His passions were sport and communal associations – as the chairman of Sportfreunde Albaum (sports association) for over 25 years and as a board member and chairman of the Schützenverein Albaum (Albaum shooting club). He was also involved in the local church community. With donations and personal efforts, he supported the social and cultural life in his home town whenever it was possible for him to do so.

Apart from a five-year hiatus, between 1964 and 1999 Günter Bals was a councillor and worked voluntarily as a community leader, as well as the chairman of Heimat- und Förderverein Albaum (Albaum heritage association), to which he was appointed honorary chairman in November 2010. Günter Bals was a holder of the "Ring of Honour" of the Kirchhundem community and received the Federal Cross of Merit in March 2005.